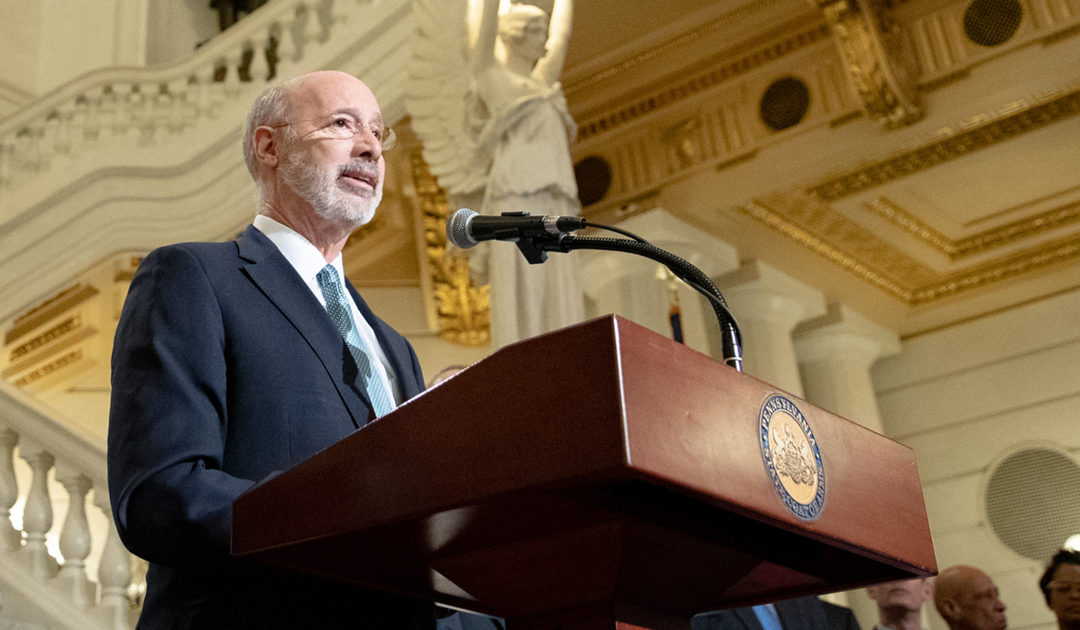 “I am pleased that the fight for redistricting reform has not ended.  While I was disappointed that we could not get Senate Bill 22 over the finish line before this session concluded, I am optimistic that an opportunity for real change and much needed reform is still possible,” Boscola stated.  “I look forward to working with my colleagues, the Governor’s office and his appointees to fix this broken system once and for all.”

Executive Order 2018-07, which Governor Golf Wolf issued earlier today, creates the Pennsylvania Redistricting Reform Commission composed of between 10-15 voting members.  The Commission is charged with studying best practices from across the country with regard to non-partisan redistricting reform, engaging the public in this dialogue and issuing a report making recommendations to the Governor and General Assembly.  The report shall be completed within nine months of today.

Additionally, Boscola noted that comments made by Senate Majority Leader Jake Corman to Capitolwire on Wednesday that the General Assembly may still have a window to complete redistricting reform to impact the upcoming round of map redrawing following the 2020 census makes this Commission’s work critically important. Corman laid out a process where if the legislature passed a reform proposal by June 2020, it could still get on the ballot in time for the May 2021 primary.

“I was pleased to hear Senator Corman lay out a timeline that would allow the General Assembly to act on this issue of critical importance for our democracy,” Boscola stated.  “It is urgent that we work towards an independent redistricting process in this Commonwealth where voters select their leaders, not the other way around.  The door is now ajar again for reform and we must not let is close again,” Boscola added.

Senator Boscola has introduced an amendment to the PA Constitution in each Senate Session beginning with SB 837 in the 2003-2004 session through Senate Bill 22 in the 2017-2018 session to create a redistricting process independent of the political process.  SB 22 passed the Senate June 13, 2018, but the House failed to bring the legislation up for a vote prior to its last session voting day.