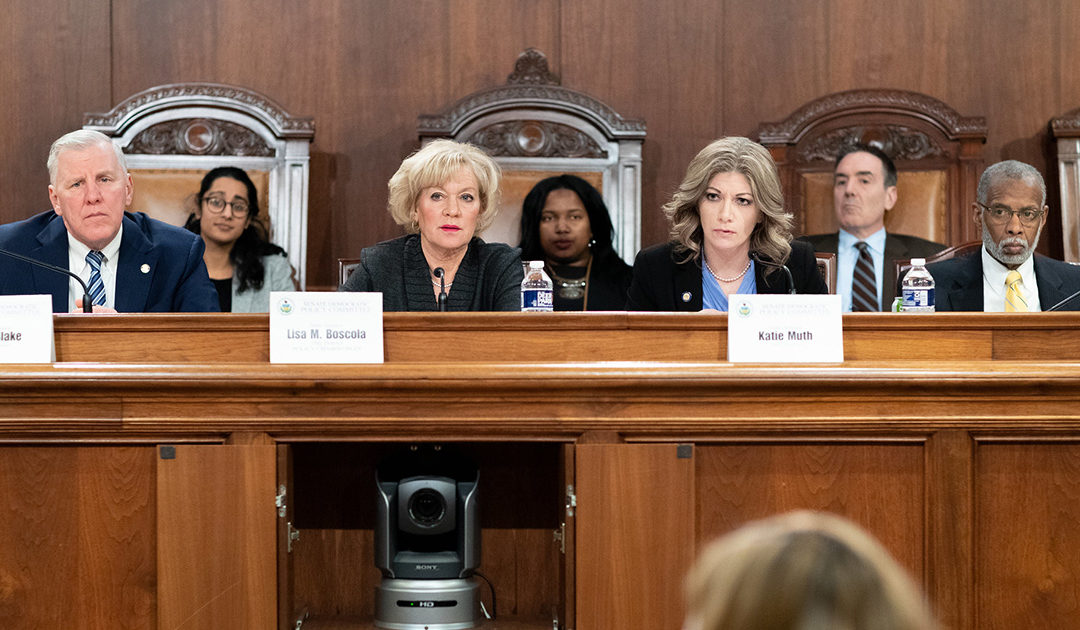 Much of the hearing focused on legislation Muth and Blake are working on that would establish “combined reporting” to require corporations to more accurately report revenues earned in Pennsylvania. Often referred to as the “Delaware loophole,” the accounting strategy enables huge corporations to declare certain types of revenue in the state where the company is incorporated rather than in the state where the business operates and the revenue is earned.

“Pennsylvania is in desperate need of tax fairness. It’s frustrating to see corporations sheltering profits through avenues like the Delaware loophole which then leaves small businesses and working people with the majority of the state’s tax burden,” Muth said. “This hearing is about combatting corporate tax-avoidance and ensuring corporations are paying their fair share.”

Blake added, “Since 1972, the corporate share of the state’s tax revenue has dropped from 30 to 15 percent. While I support efforts to lower and eliminate business taxes such as the corporate new income tax, we should not be allowing tax loopholes that enable huge corporations to skirt their share of the tax burden.”

Sen. Lisa Boscola (D-Northampton/Lehigh), who chairs the committee, said, “It is imperative that we protect the viability and competitiveness of Pennsylvania’s small businesses, which pay their fair share of taxes and employ people. These small businesses should not be competing against huge corporations that exploit loopholes that enable them to shield profits away from taxation.”

According to the Pennsylvania Budget and Policy Center report, 71 percent of companies operating in Pennsylvania that are subject to the corporate net income tax pay no tax.

“Tens of thousands of companies are avoiding Pennsylvania state taxes because their home office is a file drawer in an office building somewhere in Delaware,” the report states. “And those that are paying are paying less. In 1994, 75 percent of corporations paid $1,000 or less in corporate income taxes. By 2003, 84 percent of all corporations were paying that much – less than a Pennsylvania family earning $36,000 a year pays in annual income taxes.”

Michael Mazerov, a senior fellow for the Center on Policy and Budget Priorities in Washington, D.C., said, “The enactment of combined reporting can make an important contribution to preserving Pennsylvania’s tax base from further erosion and ensuring that multistate and multinational corporations compete on a level playing field with their counterparts that do not seek to push the tax-avoidance envelope and with wholly in-state corporations.”

Jared Walczak, director of State Tax Policy, Tax Foundation, added, “Critics of combined reporting are right in that it increases compliance costs and does not always result in a more accurate apportionment of income. Proponents are also right, however, in observing that the current separate apportionment approach permits some companies to reduce or even eliminate their tax burdens in Pennsylvania despite engaging in producing economic activity here.”

Muth and Blake said the hearing was aimed at determining the best ways to structure corporate tax reform around consolidated reporting coupled with cuts to the Corporate Net Income tax. They said it is important that the legislation be supported by reliable data.