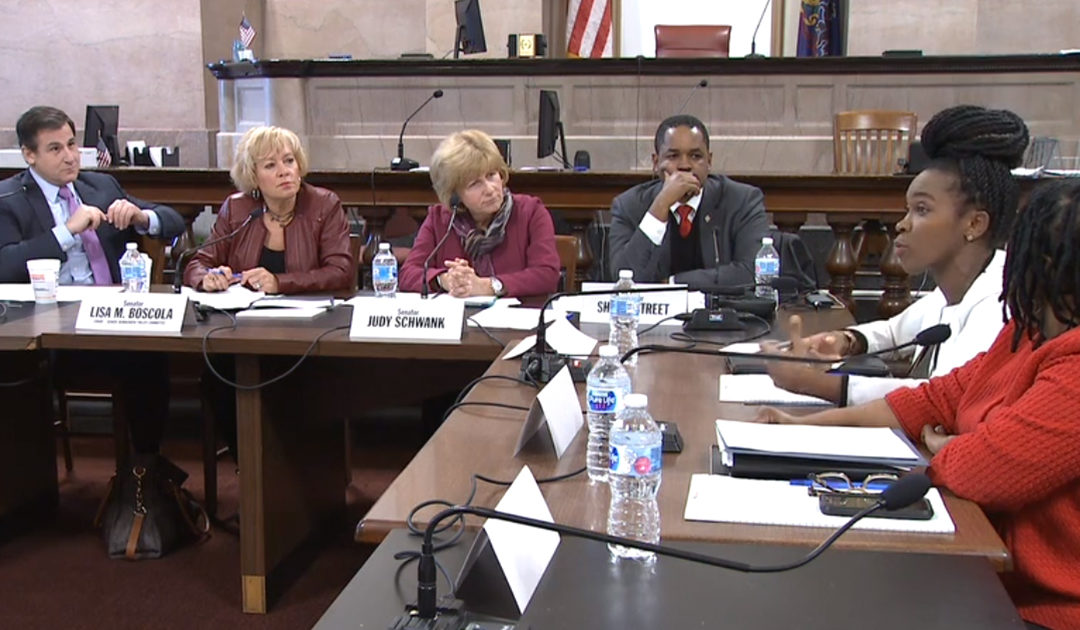 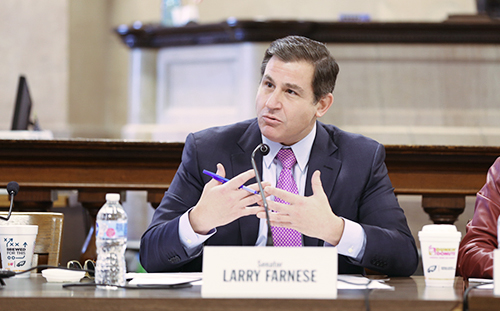 “It is really important to have this meeting at a time when we’re talking about this on a national level and at a state level,” Farnese said. “Street harassment is not a new problem but by bringing it to light and making it a policy issue, it’s my hope we can empower women to understand and let them know there are folks around the state who believe and support them and want this to end.”

Sen. Lisa Boscola, who chairs the committee, added, “This affects everyone. In light of recent national news about sexual harassment and violence and the subsequent #MeToo social media campaign, it’s clear that people simply aren’t going to take it anymore. No one should have to tolerate it. The panelists today provided insightful and helpful input on initiatives that are already in place, resources that are available and ideas on ways we can all discourage street harassment further.”

Sen. Judy Schwank (D-Berks), who chairs the Women’s Health Caucus said, “Everyone at some point has experienced this type of harassment and has, unfortunately, considered it to be part of life. In a way, this recent national conversation has brought it to a new light in all levels of society, so this is exactly right time to address this. While it may be difficult to talk about it, this is the time to talk about it and how we change this culture.”

“It’s important that we engage the public to educate people so everyone can feel safe and welcome in all environments in Pennsylvania,” said state Sen. Sharif Street (D-Phila.). “I appreciate the community engagement today to help us develop what will hopefully be effective policies to address this issue.”

According to a 2014 survey of 2,000 women commissioned by the organization Stop Street Harassment, 65 percent of women said they experienced some form of street harassment. More than half experienced verbal harassment and 41 percent endured physical aggressive forms ranging from being followed to sexually touched.

The lawmakers added that members of the LBGTQ community and religious, ethnic and racial minorities are also routinely subjected to street harassment.

The panelists addressed how to continue the conversation and develop a roadmap to educate the public about and ensure consequences for perpetrators of street harassment.

Panelists said that this is a complex issue, so as a society we should approach street harassment as a social, cultural, economic, public health and a law enforcement issue that requires the community, the government, the workforce and law enforcement to work together to prevent it.

“It’s a human rights issue because when women experience street harassment, society is saying that they do not have equal access to public spaces,” said Dr. Nina Ahmad, Ph.D., the City of Philadelphia’s deputy mayor for Public Engagement. “The consequences to this disparity impacts us in many ways. It’s not a mere inconvenience; it translates into affecting our livelihoods.”

“It’s not just a woman’s issue. It hurts all of us. We need to do a better job of changing the culture,” said Jovida Hill, executive director of the Philadelphia Commission for Women.
“It begins at a very age so it’s our job to protect children because victims are often children. Changing the culture is very important.”

Nuala Cabral, communications manager at Temple University Community Collaborative, made a film about street harassment and discovered that the ways people respond to street harassment depend on the location and situation. “We are making decisions in a matter of seconds about how to safely respond,” she said. “We need to emphasize the importance of teaching consent. Honestly, we can start at kindergarten, we can start talking about consent. Students are hungry about this conversation and they’re not having it.”

“Black girls under 18 are extremely vulnerable to harassment and attacks. We need to acknowledge this problem in a delicate way. We need to teach resistance — that not only is it wrong but there’s something you can do about it,” said Temple student Kayla Watkins. “Young women aren’t aware that it’s not their fault.”

Further, Watkins added, “Education is the best way to get ahead of this thing.”

Among the recommendations were educating children, educating the public at large, collecting data, developing codes of conduct, promoting a culture of consent and enforcing and improving laws.