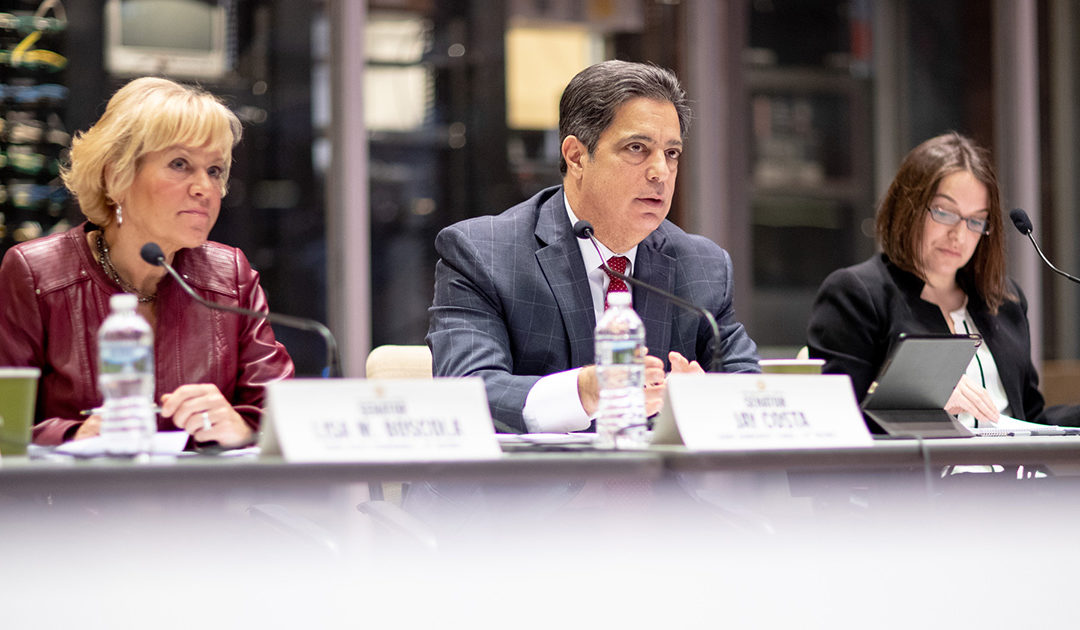 “In the absence of federal leadership on climate change, it is imperative that Pennsylvania continue to participate in cooperative efforts to stave off the catastrophic consequences of global warming,” Costa (D-Allegheny) said. “We need to maintain efforts to keep Pennsylvania on track to combat climate change.”

Sen. Lisa Boscola (D-Northampton/Lehigh), who chairs the committee, added, “Controlling carbon emissions and building a strong economy are not competing interests. There are numerous ways we can slow the devastating effects of climate change while strengthening and expanding our economy.”

In withdrawing from the Paris Climate Accord in 2017, President Donald Trump defended his decision by claiming he was “elected to represent the citizens of Pittsburgh, not Paris.” Costa and Sen. Wayne Fontana (D-Allegheny) immediately joined Pittsburgh Mayor Bill Peduto in criticizing the president’s decision.

In the accord, the United States had committed to reduce its greenhouse gas emissions by 26-28 percent below the 2005 level in 2025, and to make “best efforts” to reduce emissions by 28 percent. That would include curbs on carbon dioxide, methane, nitrous oxide, perfluorocarbons, sulfur hexafluoride and nitrogen trifluoride, all of which contribute to global warming.

Determined to engage state and local resources in the absence of federal support, Costa introduced legislation (Senate Bill 15) aimed at keeping Pennsylvania in compliance with the carbon emissions reduction goals of the accord.

Grant Ervin, who serves as Pittsburgh’s chief resilience officer, said it is the role of local governments to “provide for the health, safety and welfare of our residents. Addressing the issues of climate change falls directly within that purview; and makes cities, boroughs and townships some of the best points of delivery to both mitigate carbon emissions as well as provide for the adaptation of our changing climate.”

Mandy Warner, senior manager for climate and air policy, Environmental Defense Fund, added, “The federal government’s leadership on climate may have stalled, but Pennsylvania has a significant opportunity to lead by setting a declining limit on carbon pollution, and creating the opportunity for flexible, market-based solutions to achieve the limit.”

Spokespersons for the Pennsylvania Chamber of Commerce and coal industry pointed to the importance of fossil fuels toward economic development and business production goals. They claimed that current alternative energy options do not provide the reliability and necessary volume of energy aimed at maintaining the state’s electricity and energy supply. While insisting that a zero-carbon emissions goal is currently unrealistic, they noted that technological advancement has enabled them to continually reduce carbon emissions.

“Infrastructure investment, technology development from research to manufacturing to sales, workforce development, educational programs and community development can all be part of an economic boom if we build our energy portfolio with a healthy mix of alternative fuels,” Costa said.