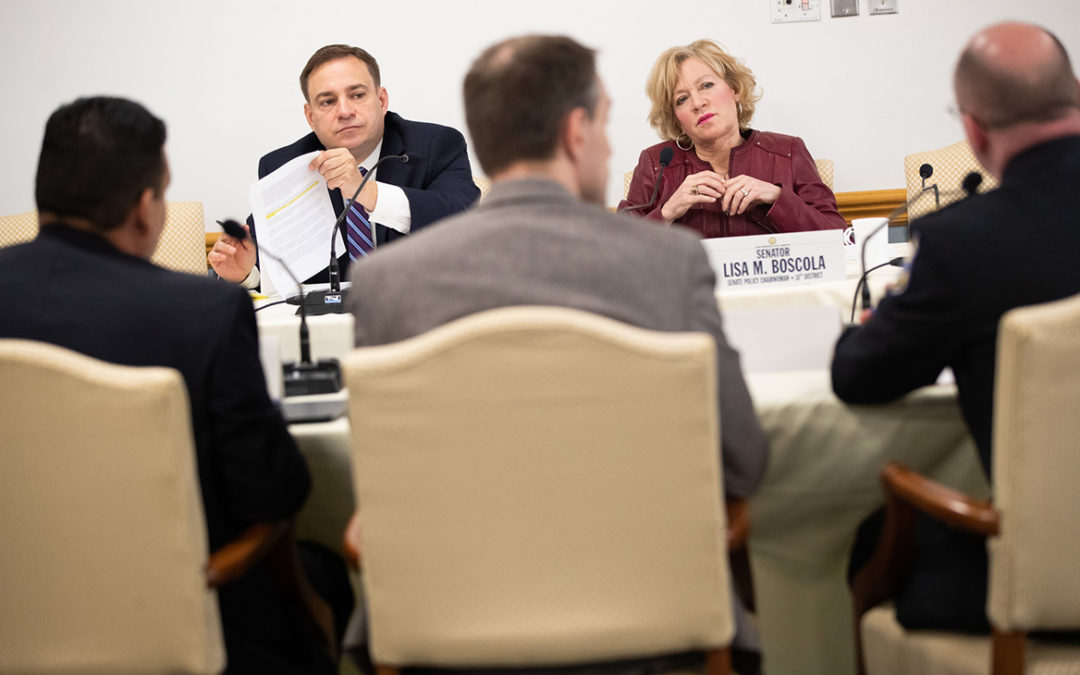 “Pedestrian deaths in Pennsylvania were up 41% in the first half of 2018,” said Nick Zuwiala-Rodgers. “While state roads and local roads make up about the same number crashes involving pedestrians, 75% of the ones that result in a fatal injury are on state roads.”

The hearing was held in Philadelphia at the request of state Senator John Sabatina (D- Philadelphia, Democratic Chair of the Senate Transportation Committee. It was prompted by the increasing number of pedestrian traffic incidents, injuries, and deaths on the roadways of Philadelphia and across Pennsylvania.

“This issue was brought to me by Senator Sabatina and his experience in Philadelphia, but the issue of pedestrian and traffic safety is something that should be on the minds of all Pennsylvanians,” Boscola said.

Latanya Byrd shared the heart wrenching story of the loss of her niece and her niece’s 3 sons who were killed as they walked across the Roosevelt Boulevard in Philadelphia.

“I don’t want any other family to have to go through what mine has,” said Byrd, and she spoke about House Bill 792. This legislation introduced by Rep. Dave Maloney (R-Berks) that would amend the Commonwealth’s vehicle code, Title 75 and would allow parked car protected plazas for pedestrians and protected bike lanes for cyclists.

Byrd voiced support of House Bill 37 which would ban cell phone use while driving in Pennsylvania.

Mike Overwise, Commanding Officer of the Philadelphia Police Department’s Accident Investigation District said that of the 19 percent of reportable crashes in Philadelphia that involve pedestrians or cyclists, 41 percent of those crashes are fatal.

Christopher Puchalsky, Director of Policy & Strategic Initiatives, Philadelphia Office of Transportation, Infrastructure & Sustainability, and Richard Montanez, Deputy Commissioner of Transportation with the Philadelphia Department of Streets spoke about the Vision Zero Task Force which sets a target of zero traffic-related deaths by 2030 in Philadelphia. The task force also partners with the Mayors office, Philadelphia police, SEPTA, and other local stakeholders.