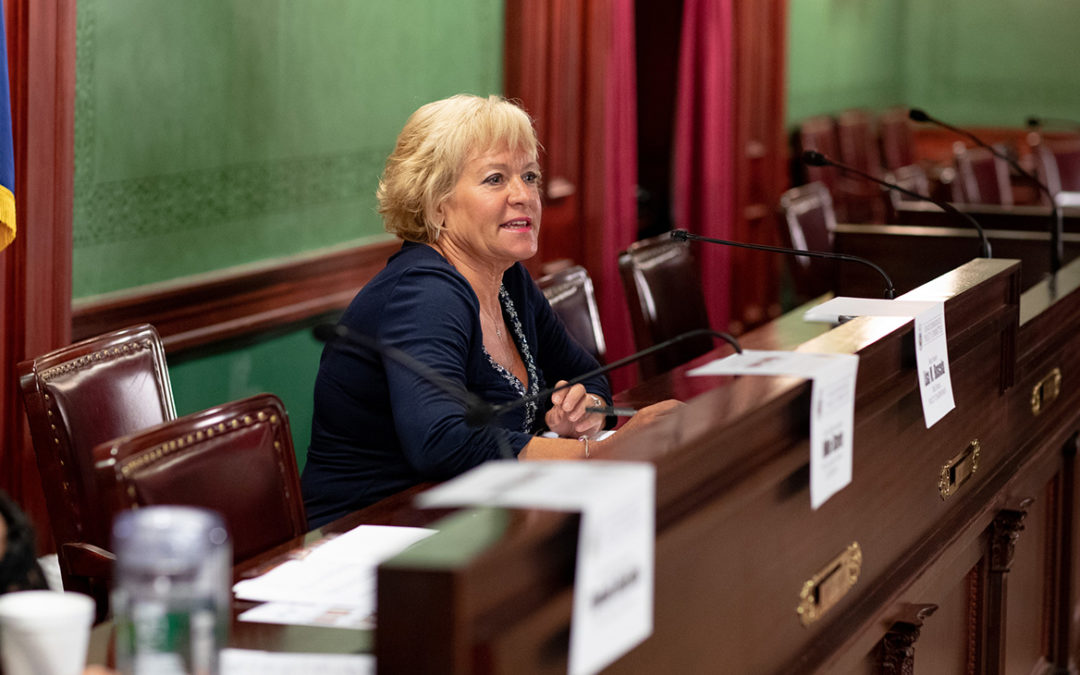 Harrisburg, June 18, 2019 − The state Senate State Government Committee today unanimously approved Sen. Lisa Boscola’s Senate Bill 421, which would do away with straight party voting.  The bill will now move on to the full Senate.

“Informed and committed voters make our democracy stronger,” Boscola said. “The straight party voting option is a relic.  In fact, Pennsylvania is one of only eight states that still permit the option.”

The Northampton County lawmaker added that voters would still have the option of voting for all candidates from the same political party, but would just need to take the extra minute to work their way down the ballot and vote for those candidates individually.

“We need less partisanship in both government and the voting booth,” Boscola said. “This legislation is aimed at elevating a candidate’s qualifications over their party affiliation, helping to make certain voters pay attention to down-ballot candidates and statewide and local ballot initiatives.”

“The idea of permitting Independents to fully participate in our democracy has been something I have been pushing for since my time in the House,” Boscola said.   “Today, the committee moved a colleague’s bill that gets us one step closer to achieving that goal and I look forward to voting for Senate Bill 300 when it comes up for a vote on the Senate Floor.

“There are too many local races where elections are decided in the primary, particularly judicial races and school board races and Independents deserve to be able to cast a meaningful vote in these elections,” Boscola said.