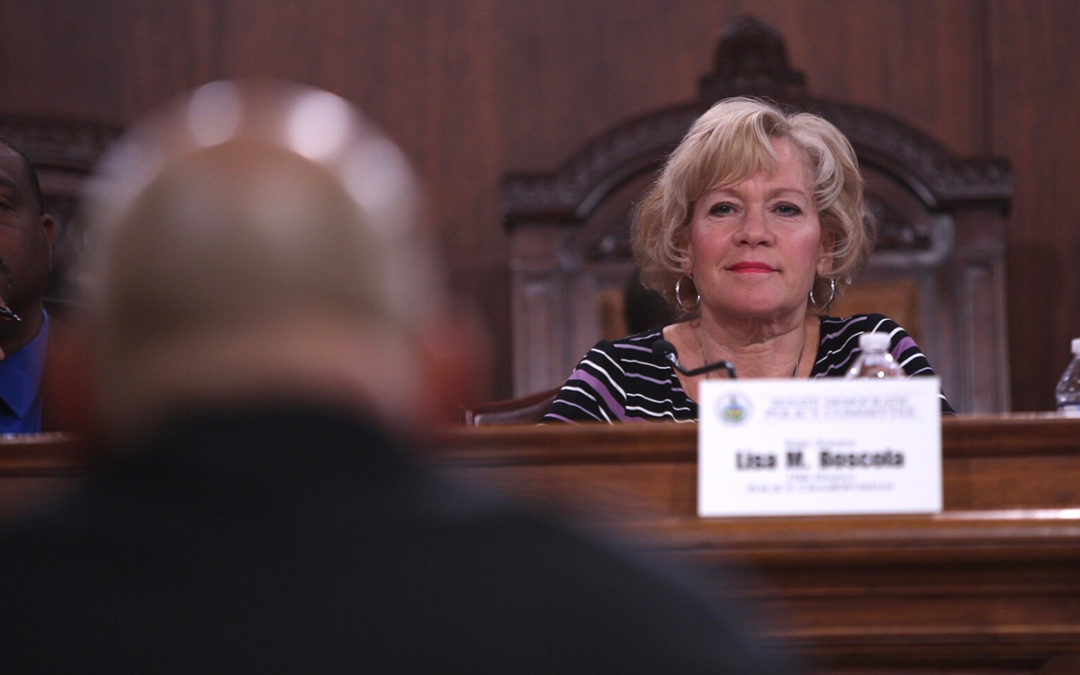 “It is imperative that the legislature carefully consider both the advantages and consequences of legalizing this drug before we act,” Boscola said. “Today’s hearing will provide us with additional reliable and substantive information as we continue to discuss this controversial issue.”

Rep. Jake Wheatley (D-Allegheny) has introduced legislation (House Bill 50) that would legalize recreational marijuana in Pennsylvania. His proposal would raise an estimated $580 million in tax revenue to fund: student debt forgiveness, after school programs, affordable housing, social justice reforms and incentivizing marijuana businesses to partner with farmers. His bill was referred to the House Committee on Health.

Leach said the nation’s current system on marijuana was “born in and steeped in racism.” He said the state needs “a rational policy based on facts rather than stigmatization.”

Street added that “we should have a system that has the least restraint on personal liberty.” He added that African-American and Latinos are four or five times more likely to be prosecuted for marijuana offenses than white people.

Wheatley added, “The current system has not saved us money and saved lives. It has cost us money and cost us lives.”

Rep. Edward Gainey (D-Allegheny), who co-sponsored House Bill 50, added that people have been using marijuana since the beginning of time. He said it is time to “regulate it and save some lives.”

During the hearing, lawmakers took testimony from Lt. Gov. John Fetterman, who has held 50 “listening tour” meetings around the state to gather input from citizens on the issue. In addition to the meetings, over 30,000 Pennsylvanian’s have submitted their views to him via comment cards or online. Fetterman claims that up to 70 percent of respondents favor adult-use legalization.

Fetterman said there is near “universal support” for decriminalizing marijuana. He added that Pennsylvanians on both sides of the debate want “rigorous controls.”

John Adams, the Berks County district attorney who represents the Pennsylvania District Attorneys Association, said his organization supports decriminalizing marijuana and reforming the state’s impaired driving law to protect those who use medical marijuana. However, he added that the association opposes legalizing marijuana because of its harmful health effects and impact on impaired driving. He said other states that have legalized marijuana have seen significant increases in DUIs and negative consequences for young people.

Philadelphia District Attorney Larry Krasner, arguing that the District Attorneys Association is relying on pseudo-science, insisted that “science does not support the notion that marijuana is a dangerous drug.” He added that Pennsylvania has the “dumbest” DUI law in the nation because of how it ignores actual psychoactive driver impairment and assumes that any trace of marijuana in a driver’s system for up to 30 days is assumed proof of guilt.

Stephen Reilly, Jr., who represents I.N.S.A., said “The cannabis industry in Pennsylvania has the potential to create thousands of jobs and millions of dollars in tax revenue. Identifying a regulatory body tasked with industry oversight, leveraging the existing medical industry, and setting a reasonable tax rate to eradicate the illegal market should form the basis for further discussions on critical matters such as licensing, local oversight, social equity, product types, and purchase limits among many others.”

Boscola said lawmakers need to weigh what impact legalization would have on drug addiction, mental illness, “drugged driving” and residual crime. On the other hand, she pointed to supporters’ claims that legalization or decriminalization would likely reduce the state’s prison population, free up law enforcement resources, stoke business investment, create more jobs and generate tax dollars for targeted purposes. She added that legalization is often seen as a civil liberty issue and that marijuana is less harmful than other so-called vices such as cigarettes and alcohol.

In addition to Fetterman, the following testified at the hearing: