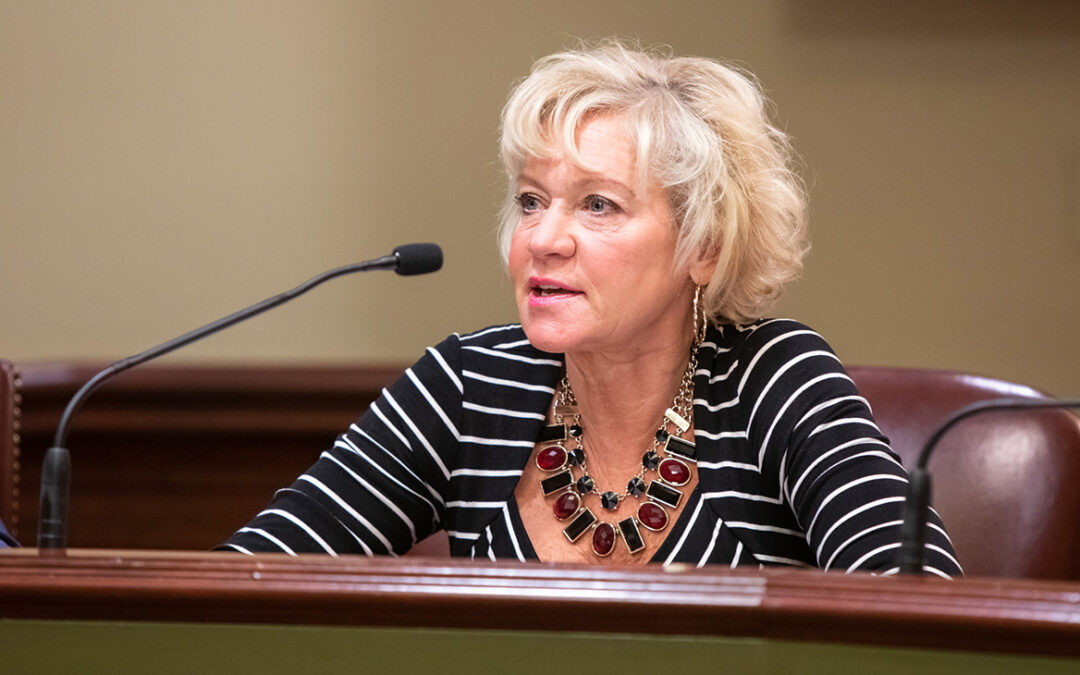 Harrisburg, PA – January 11, 2023 – State Senator Lisa M. Boscola today offered amendments to Senate Bill 1 that would give voters the opportunity to amend the Pennsylvania Constitution to protect an individual’s right to reproductive freedom, eliminate the local school property tax and to expand the classes of individuals protected under the Constitution’s non-discrimination clause.

“I have always favored hearing from the people,” Senator Boscola stated.  “Our power in this body emanates from them, it is the basis of our Constitution.  I trust the voters.”

As part of the consideration of Senate Bill 1, which would place 3 constitutional amendments before the voters of the Commonwealth, Boscola offered separate amendments to the bill that would allow the voters to amend the State Constitution.

First, Senator Boscola offered an amendment in response to the US Supreme Court’s decision that placed abortion rights in the hands of the states.  Specifically, the Boscola amendment would protect an individual’s right to reproductive freedom in Pennsylvania including the right to an abortion, prenatal care, childbirth, postpartum care, contraception, sterilization, miscarriage management and infertility.

“Depending on the situation, citizens of this Commonwealth face these reproductive choices alone or with the support of family or friends,” Boscola stated. “Under this amendment, an individual making these decisions will not have our legislature make that for them.”

Second, Senator Boscola offered an amendment to amend the Constitution to eliminate real property taxes for homesteads and farmsteads after June 30, 2028, and require the legislature to come up with a plan to replace those revenues.

“Here we are, with the so-called purpose of moving these constitutional amendments so early in the session to meet the “priorities” of the people,” Boscola stated.  “To me, there is no greater priority to every homeowner and farm owner in Pennsylvania than removing the back breaking tax of school property taxes.”

“It is time we modernize the way we pay for our schools,” Boscola added. We all talk about how student’s zip codes shouldn’t determine the quality of a student’s education. The only way we will fix this broken, antiquated system is if we are required to. This session we seem to have several constitutional amendments that are high priorities for members of the legislature. This amendment would be a high priority for every homeowner and farm owner in this Commonwealth.”

Finally, Senator Boscola offered an amendment to amend the Constitution to expand the number of classes that would be protected under the Constitution’s non-discrimination clause to include sexual identity, sexual orientation, identity or expression, national origin, the color of one’s skin, age, ancestry, religious creed, familial status, or disability. Boscola noted that the Commonwealth’s voters are supportive and familiar with providing these protections based on the fact that in 2021, voters approved an amendment to prohibit discrimination based on race and ethnicity.

“It is equally important that this chamber give Pennsylvanian’s the ability to answer this question as well, and prohibit discrimination based on these classifications,” Boscola said. “It is our duty as legislators to protect all Pennsylvanians and ensure they receive equal treatment under the law. This amendment aims to do exactly that.”

Unfortunately, the three amendments were tabled by a vote of 27-21.  The Senate Democrats once again stood together to try and move forward issues of importance to the people of Pennsylvania while the Republican caucus stood together to stop these important issues from being considered.

“Anyone who knows me knows that I will never give the up to fight to protect reproductive freedom, eliminate the local school property tax and prohibit discrimination against our residents,” Boscola stated after the votes to table her amendments.  “I believe in the voters of the Pennsylvania to do the right thing.  It is why I support ballot initiatives and referendums to give the power to the people and take it out of the hands of politicians who refuse to do what it is in the best interest of our citizens.”