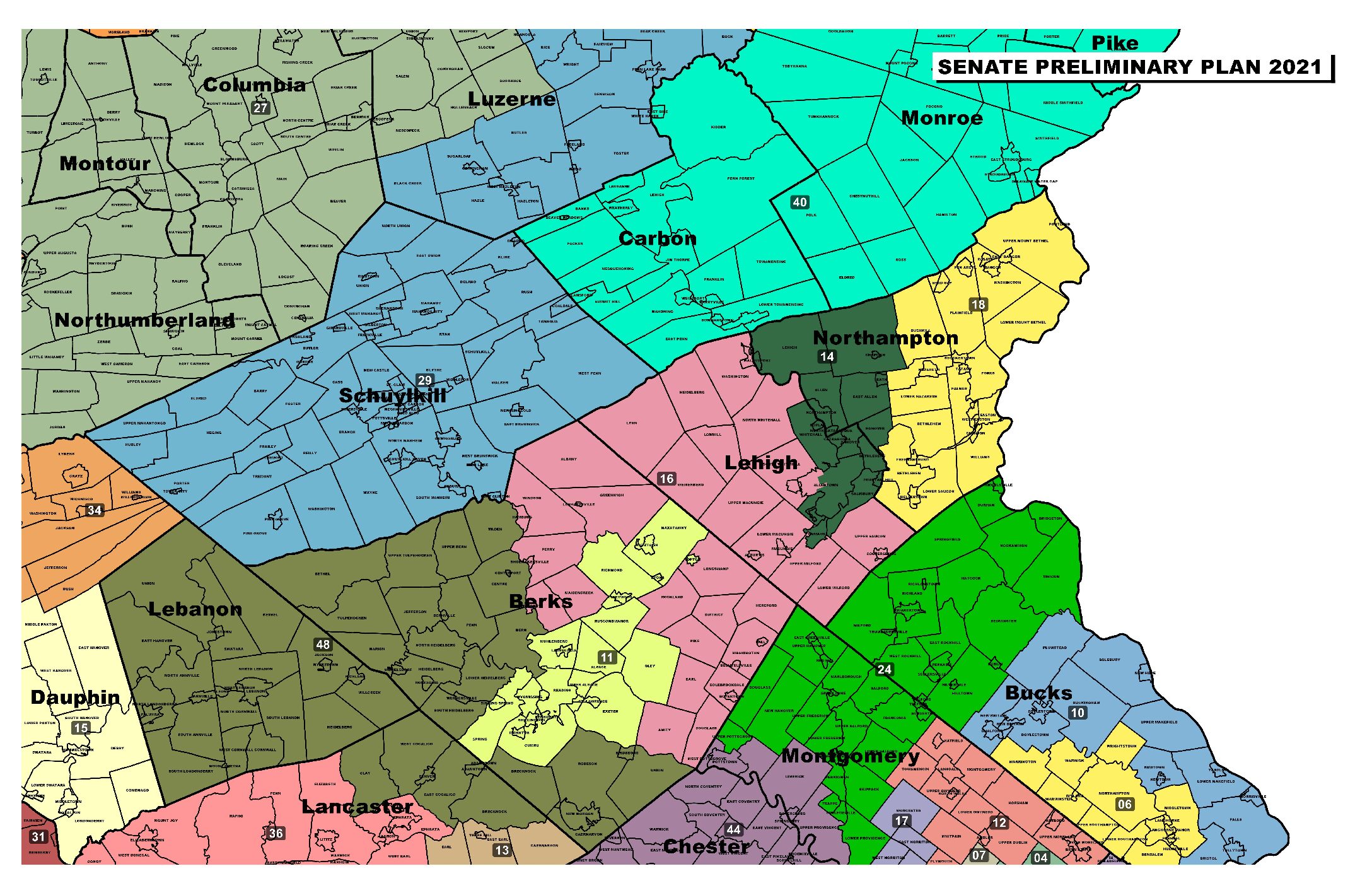 “These maps are unconstitutional and a direct assault on the communities of interest in the Lehigh Valley in the name of political gamesmanship,” Boscola stated.  “The people of the Lehigh Valley should stand up and take notice that Harrisburg leaders are trying to water down our communities.  It is embarrassing and the people who drew these maps owe us an explanation.”

“Breaking up the two largest cities and two largest school districts is indefensible.  The Constitution says we don’t break up municipalities unless absolutely necessary,” Boscola said.  “This proposed map breaks up the City of Allentown and the City of Bethlehem unnecessarily.  Make no mistake I will fight for better maps for the residents of the Lehigh Valley, even if it requires me to take my challenge to the Supreme Court.”

Being the leading proponent in the General Assembly for the need for redistricting reform, Boscola noted that this is another prime example of why an independent citizens commission free from political influence is so critical in the Commonwealth.

Boscola’s legislation to create an independent citizens commission would require strict transparency rules that are not required of the Legislative Reapportionment Commission.

“In typical Harrisburg fashion, behind closed doors with no transparency, leaders in Harrisburg put forth new maps that put their own political self-interests ahead of our Commonwealth’s Constitution,” Boscola stated.