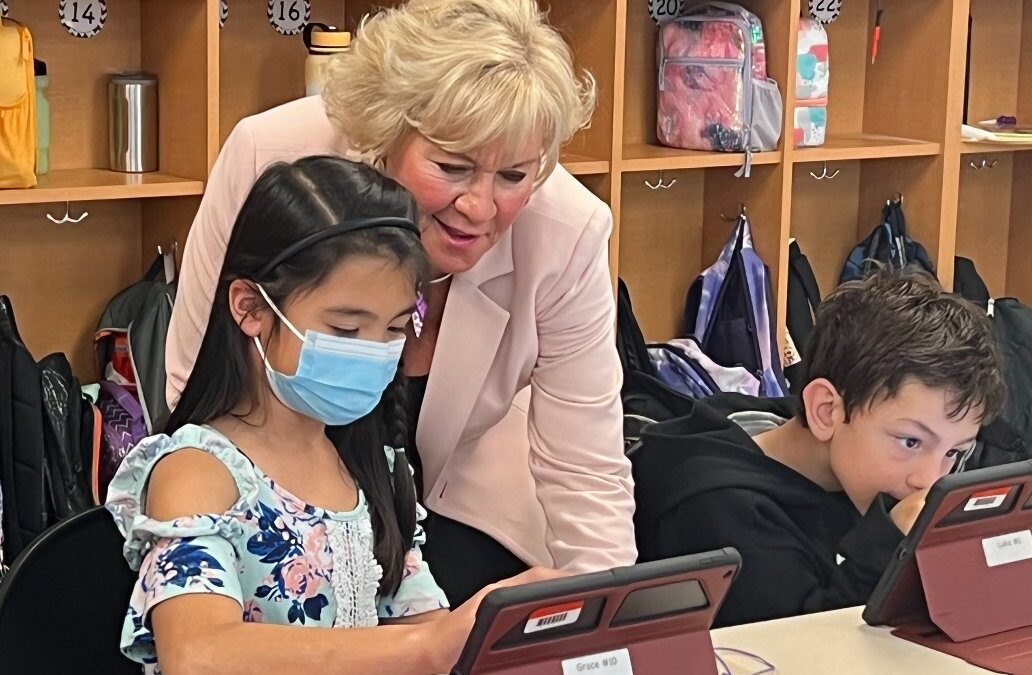 EASTON (NOV 2, 2022)  –  State Senator Lisa M. Boscola had the opportunity to visit with elementary school students at multiple schools in the 18th Senatorial District today to experience, firsthand, the benefits of a supplemental educational program, First In Math, that Senator Boscola secured funding for during this past budget cycle.

First In Math received $500,000 in funding to provide its program services to every elementary aged school student in the 18th District.

First In Math is a great supplemental resource that school districts may utilize to improve a student’s fluency in mathematics. First In Math features hundreds of engaging math games designed to strengthen fact fluency, automaticity, computational thinking and other critical skills.

“First In Math is a tool that will benefit every student who utilizes it,” Boscola said. “It truly makes math fun for the students, and they shared that with me today. It was a pleasure witnessing the excitement that addition, subtraction, multiplication and division brought to the children.”

First In Math launched in 2002 by Robert Sun, an Easton resident. He said he was inspired to help students overcome anxiety and fear associated with math. Since then, the program has spread to nearly 20% of schools in the state, according to lawmakers.

“Thanks to Senator Lisa Boscola, we now have an opportunity to work at a regional level with more than 25,000 students in grades kindergarten to eighth grade over multiple years,” Sun said. “Building strong math and problem-solving skills in our children will strengthen our community’s future.”

This program is aimed at improving overall math skills and increasing scores on standardized tests, and the effects of the pandemic have caused scores to decrease dramatically. According to a study by the National Assessment of Educational Progress (NAEP), Federal test scores released last week illustrated the largest-ever math declines in the history of NAEP. Fourth and Eighth graders, in almost every state and major school district, demonstrated far less mastery over mathematics than students who took the test before the pandemic.

In two school districts that have used First In Math prior to the state funding, both the Bethlehem Area and Easton Area School Districts have already seen the significant impact that First In Math can have on student achievement. In 2021/2022, EASD and BASD students solved 133 million math problems spending 369,558 hours thinking mathematically – most of this activity was done outside school hours.

Out of the two school districts visited today, Wilson Area had not participated in First In Math prior to the availability of grant funding. The program is voluntary to participate in, and the success of the program made it attractive for Wilson to engage with its students.