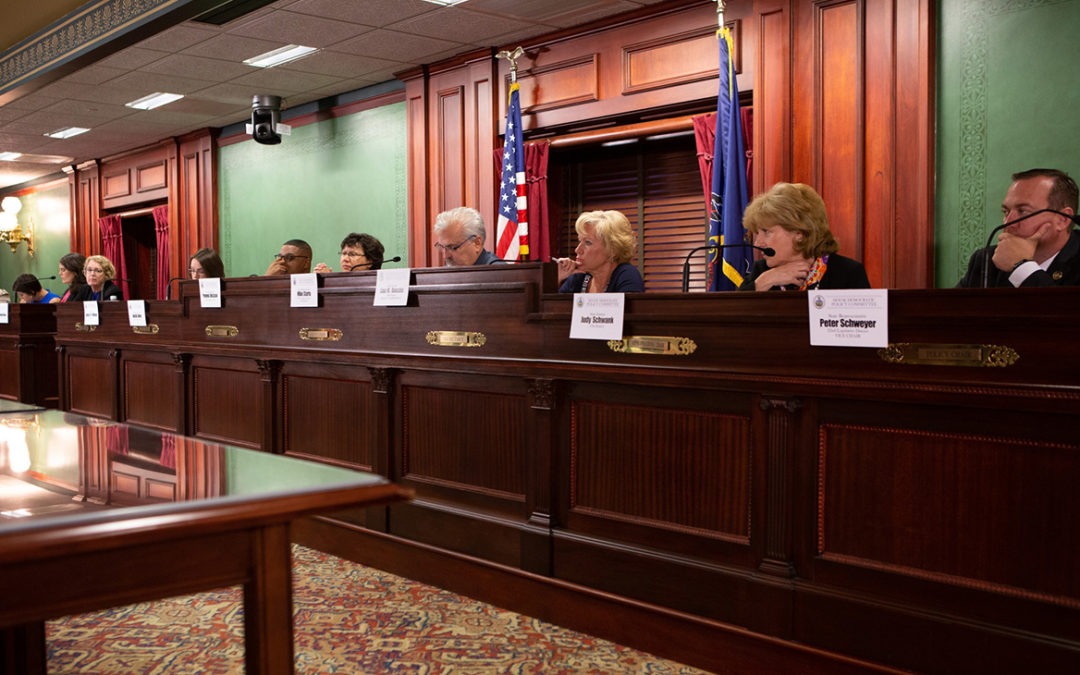 “At the very least, the governor has focused overdue attention on crucial infrastructure needs throughout our state,” said Sen. Lisa Boscola (D-Northampton/Lehigh), who chairs the Senate Democratic Policy Committee, “In my view, we cannot continue putting off this infrastructure rebuilding process.”

Rep. Mike Sturla (D-Lancaster), who chairs the House Democratic Policy Committee, added, “Pennsylvania is the only major gas producing state with no severance tax. With so many critical infrastructure needs throughout Pennsylvania, I believe this is a reasonable and necessary approach to generating the resources needed for such a program.”

The governor’s plan would invest $4.5 billion over the next four years on technology, economic development, and infrastructure rehabilitation projects throughout Pennsylvania.

Pennsylvania Department of Community and Economic Development Secretary Dennis M. Davin testified, “Our role in state government is to cultivate vibrant communities and foster equal opportunity for every Pennsylvanian, regardless of their ZIP code. With the problem building over the last few decades, we need a bold plan to make our commonwealth stronger for the coming generations.”

“We believe the residents of Pennsylvania deserve to live without fear that their children will ingest toxic chemicals, which have been found in too many communities, said Sam Robinson, deputy chief of staff to Gov. Tom Wolf. “We believe that all Pennsylvanians deserve to live in neighborhoods that are vibrant, healthy and free of blight, brownfields and decay; and to have access to well-maintained public facilities and recreational amenities. They deserve to live without fear of losing their homes to flooding.”

In advocating a new severance tax, Davin pointed out that Texas produces only 21 percent more gas than Pennsylvania yet collects 700 percent more in tax revenue. Davin added that the state’s impact fee, which is based on the number of wells rather than the volume of gas produced, has not generated the anticipated tax revenue. He added that gas companies do not pay property taxes and “very little” in state taxes.

Several legislators expressed concerns about whether the proposal sufficiently addresses worsening air pollution issues, industry legacy costs and the need for the state to transition away from being a petro-chemical hub to 100 percent renewable energy.