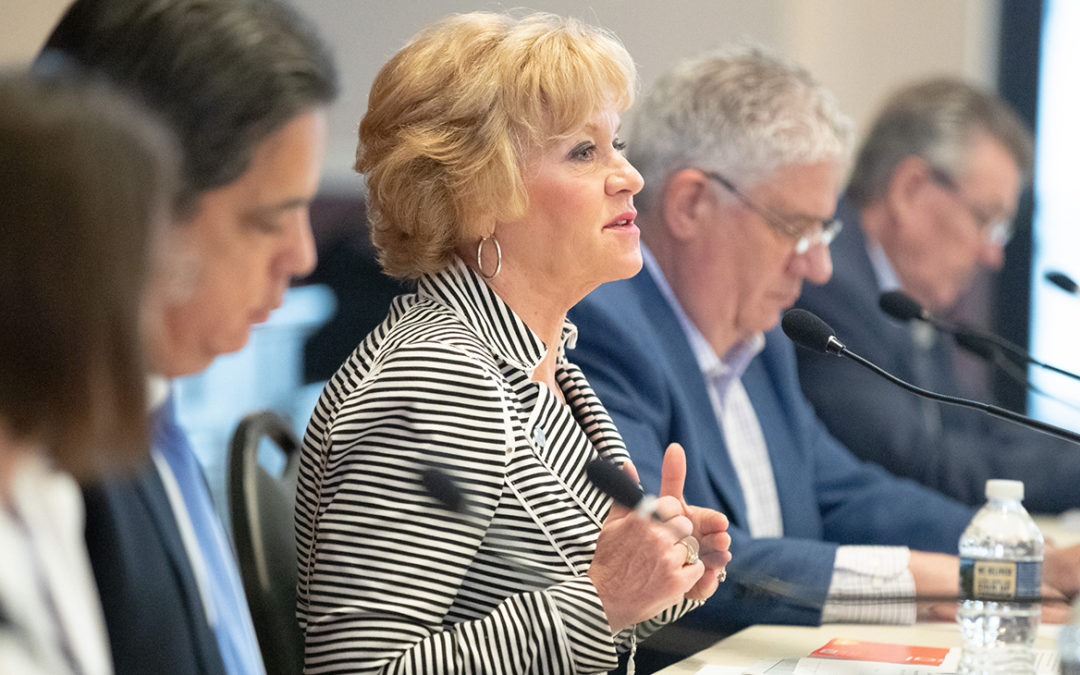 “Methane has a huge impact on global warming,” Costa said. “As the second largest gas-producing state in the nation, it is imperative that Pennsylvania do all it can to reduce methane emissions.”

Fontana added, “While our federal government should be taking the lead on developing policies, emissions reduction goals and coordinating a national response on climate change, our president’s shameful abandonment of the Paris climate accord makes it imperative that state leaders take the helm on this critical issue.”

Methane is an odorless, colorless, flammable greenhouse gas (CH4) that is used as fuel. It is also an important source of hydrogen and part of a wide variety of organic compounds. Methane is a huge component of natural gas and can remain in the atmosphere for about 9 to 15 years.

According to the Intergovernmental Panel on Climate Change, methane warms our planet 86 times more than carbon emissions. Earlier this month, Andrew Williams, who serves as director of Regulatory and Legislative Affairs for the Environmental Defense Fund, criticized the Pennsylvania State Department of Environmental Protection’s revised draft rule because it would only mandate the capture of 21 percent of methane emissions. If the rule were adopted, Williams claims Pennsylvania would have the least protective methane rule in the nation.

Sen. Lisa Boscola (D-Northampton/Lehigh), who chairs the committee, argued that the issue should not pit Pennsylvania’s environment against its economy.

“Controlling carbon emissions and building a strong economy are not competing interests,” she said. “As alternative energy sources become more reliable, affordable and efficient, we must be ready to embrace and capitalize on the economic opportunities that accompany these promising technological advances. This doesn’t need to be framed as some dire choice between poverty and pollution.

In withdrawing from the Paris Climate Accord in 2017, President Donald Trump defended his decision by claiming he was “elected to represent the citizens of Pittsburgh, not Paris.” Costa and Fontana (D-Allegheny) immediately criticized the president’s decision.

In the accord, the United States had committed to reduce its greenhouse gas emissions by 26-28 percent below the 2005 level in 2025, and to make “best efforts” to reduce emissions by 28 percent. That would include curbs on carbon dioxide, methane, nitrous oxide, perfluorocarbons, sulfur hexafluoride and nitrogen trifluoride, all of which contribute to global warming.

Rob Altenburg, Director, PennFuture Energy Center, said, “The natural gas industry is going to be part of the Pennsylvania economy for many years, but we are no longer in an era where we can ignore pollution as a natural consequence of economic growth. Avoiding the worst impacts of global warming requires that we remain under a set carbon budget – and that means that any additional emissions from the natural gas sector are emissions we will need to account for later or face the costs.

Arvind Ravikumar, an Assistant Professor of Energy Engineering for the University of Harrisburg, told the senators, “With the profusion of new technology in the methane space, falling costs for renewable energy, and competitive electric vehicle prices, protecting the environment almost becomes secondary to the potential for thousands of high-paying, clean energy jobs. The best way to give Pennsylvania businesses and industry a leg up is to help them prepare for the transition through well-crafted, cost-effective state policies.”

Today’s hearing was the second in a series of Policy Committee hearings on climate change. The committee held a hearing in Pittsburgh last November, focusing on carbon emissions.